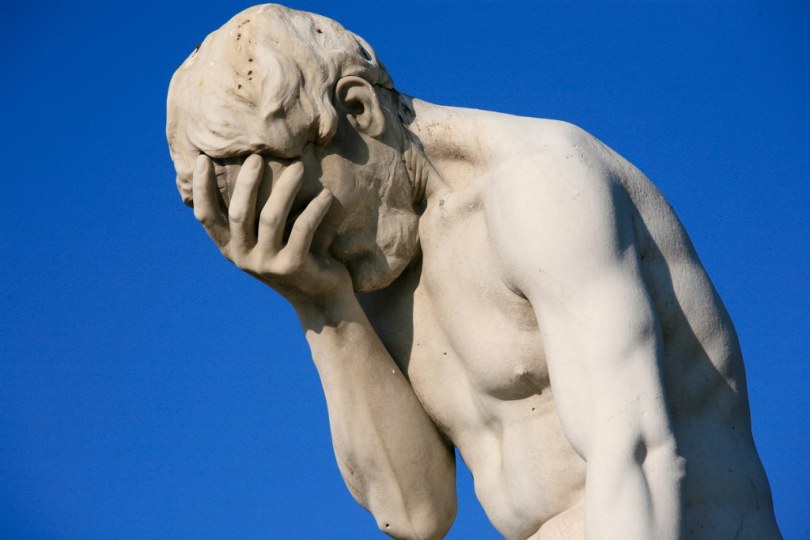 I have been inspired to write this post after reading a recent article on the Guardian website. As is often the case it is not the article that interests me, although I agree with much of what it says, rather it is the ignorance and buffoonery one sees in the comments section. I rarely pay attention to comments but in this case I have made an exception as I have a personal interest in the content. It is not necessary to post the precise text of the comment to which I am referring because it is not that specific content to which this post is a response. Additionally, I do not wish to give the author the oxygen of attention. It is easy to find if one looks. I am concerned about the ongoing misunderstandings it represents.

The most difficult challenge one has when dealing with those who misunderstand mental illness is that they do not understand that they misunderstand. In fact it is far worse than that, since rather than being passively unsure of themselves owing to the fact that they are neither well read nor well informed on the matter, they will often aggressively assert themselves as though they could not possibly be wrong. This often manifests as the tyranny of common sense and the notion that all problems share the common characteristic of being simple to solve. The dreaded certainty of the Alexandrian Solution. Well, I am afraid that snipping through this particular Gordian Knot is neither productive, nor is it going to help at all. In reality this is no more than the Dunning Kruger Effect, something more commonly expressed as the following aphorism:

A little knowledge is a dangerous thing

The illusory superiority which ignorance confers upon its misguided subjects is a powerful weapon in the hands of those wishing to attack something they do not understand. I enjoy the words of H.L. Mencken on this subject:

‘For every complex problem there is an answer that is clear, simple, and wrong.’

You can often observe the Dunning Kruger Effect in full flow when listening to people talk. I am sure that everyone reading this has come across folk who genuinely believe that ‘Britain would be great again if we got rid of all the immigrants/politicians/Jews/black people/insert minority here’. I have no wish to argue about politics but I do hope that you can see how nonsensical this is. It is nonetheless true that an ignorant population is so very easily controlled and very often a simple buzzword or catchphrase is all that is needed to mobilise them. Racists regularly proclaim that ‘there ain’t no black in the Union Jack’, a statement rendered doubly stupid since the Union Flag is only a jack when flown at sea. That aside, the National Front has sustained a violent, racist organisation on that statement and little else. Elsewhere many of you will no doubt remember this powerful political message:

This meme all but annihilated the Labour government against which it was a very well thought out and deadly attack. It meant that the Labour Party was not functioning, that the labour of the person reading it was getting them nowhere and also suggested that the word ‘Labour’ is the antonym of the word ‘working’. It remains a powerful image to this day and a testament to the fact that in order to win over hearts and minds it is more important to be pithy, catchy and appealing than it is to be armed with honesty and facts. In the current day and age media, marketing and public relations amounts to warfare, and as many of us know all too well, the first casualty of war is the truth. When it comes to mental illness the truth may well be the first casualty of war, however behind it is a long line of desperately sick people and those who have committed suicide out of desperation, amongst others. All because of those who believe that their simple answer is better than complex truth.

We have all met them, armchair diagnosticians. They are the people peddling their simple-minded solutions and thought processes as genius. They are the people who cannot grasp the concept of the law of unintended consequences, something that also has a pop culture version of itself that goes like this:

The road to hell is paved with good intentions

Armchair diagnosticians do not apply their genius to mental health issues alone. They are the same people who can tell you why climate change is a myth and that almost every climate scientist is wrong, despite being the most educated people on earth in their fields. They are the ones who know who really killed JFK or that NASA did not really send men to the moon. You might even hear their gusty proclamations concerning the notion that the world is unfair because it is run by Jews, for Jews. Of course, sometimes they turn out to be correct due to serendipitous good fortune and nothing else. For example, the historic practice of allowing nobility to hunt animals has led to the preservation of the UK’s beautiful countryside. This is not an argument in favour of hunting of course, simply a positive unintended consequence of morally objectionable behaviour,  and an outcome such as that can often embolden them to be even more militant about their preposterous views. The flip side of this rule is informally referred to in some quarters as the Streisand Effect, named due to Barbara Streisand’s efforts to censor photographs of her home that had been posted online. Her efforts only served to publicise the photographs which in turn resulted in them being downloaded 420000 times, as opposed to just 6 times prior to her lawsuit. This all serves to demonstrate that ignorance is dangerous not only for what it intends, but also for what it does not necessarily intend and cannot foresee.

So how does all of this relate back to mental illness? Ironically the connection is simple and easy to see. The comment in the above article suggests that it can by often be difficult to distinguish between genuine, bona fide mental illness and ‘SLS’ (sh*t life syndrome). That may seem reasonable to some, that many of those claiming to be mentally ill are in fact simply unhappy. After all, how would one make a firm distinction between the two? The answer to this is that there is no need to distinguish between the two because SLS is something invented by those who wish to sweep mental illness under the carpet. You will have never read any scholarly materials about SLS because nobody has ever observed it or documented it’s existence. It is a complete fabrication that bears no resemblance to reality.

SLS simply does not exist.

Our society and culture is currently in the throes of a massive denial epidemic concerning mental illness. Very few people wish to have any dealings with it and we have not moved on from the old way of doing things. Granted, we rarely use asylums any more, save for secure hospitals for people who present a danger to society, however what is noticeable is that where there used to be asylums there is now… Well, nothing really. If you presented with mental health symptoms tomorrow then where would you go? What would your family do with you? Call the police perhaps? As I will demonstrate in a future post, the current police response to mental health challenges is woefully inadequate, to the point where it borders on the criminal. Returning to the question, what does a mentally ill person do? Now that we are no longer shut out from society, are we a part of society? Or are we apart from society? Would you laugh at us and our symptoms? Or would you diagnose us as ‘faking it’ or ‘putting it on’, or my personal favourite ‘trying to get out of work’? Which one has, in the past, been your go to diagnosis for those about whom you would rather not go to the trouble of thinking?

Or did you just throw your shoulders back, puff out your chest and deny ever having done anything like that? You certainly would not be the first to have done so, but all of these truisms highlight the crushing, desperate, critical need for a new conversation to open up in our discourse and the first thing we must do is re-frame the question. No longer must we ask ‘what do we do with the mentally ill?’, rather society ought to say to itself ‘how can we love the mentally ill more?’. Two point four children is the average family size, or something of that order, and current research puts the prevalence of mental illness as affecting one in four people, almost always indiscriminately. That not only means that you almost certainly know someone with mental illness, but you also cannot comfort yourself with the notion that you will never be ‘one of them’. Madness and mental illness is no respecter of persons. It can strike anyone at any time, anywhere. Do not salve your conscience with the false consolation that it has not happened to you. Each of us is a heartbeat away from losing our minds, possibly for good. If and when it happens to you or your kin, those folks that you mocked, ignored or pretended were invisible, what will you do with them then?

Difficult questions lie ahead for the UK in terms of dealing with the mentally ill. Aside from the current government strategy of pretending that grossly inadequate NHS funding and provision will somehow right itself onto a straight course, the notion that the mentally ill are to be pitied, given a pittance in handouts and quietly shuffled into the corner is a recipe for disaster.